RUNNING THE MARATHON: Legend has it that the first was run in 490BC when Pheidippides, a messenger, ran some 26 miles to Athens to announce that the invading Persians had been beaten at the Battle of Marathon. 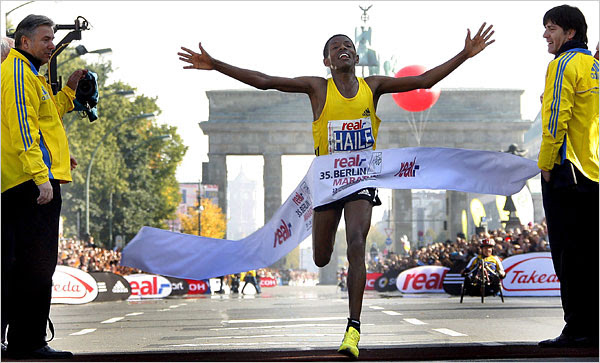 How long he took is not recorded - but he dropped dead after delivering the news.

When the marathon distance was resurrected for the 1896 Athens Olympics, the qualifying race was won in 3hr 18min. Today the world record is 2hr 3min 59secs and was set by Ethiopia's Haile Gebrselassie in 2008.

Adapted from The Perfection Point by John Brenkus (Macmillan, £12.99).

SHOCK HORROR.VICTORIA BECKHAM'S arm falls off due to NEW No Fat, Carb's or Protein Diet!! 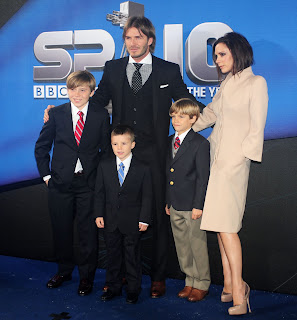 Joking aside, posh spice who was once reported as running 9 miles a day on a treadmill [ that's more miles than Thomas!] looks like a walking scarecrow.

Not a good role model for fashion concious young girls to follow, come on girl eat some grub, you look like crap!

Easy run [ Level one] with Tess on the Hillside loop, felt OK = 40 mins