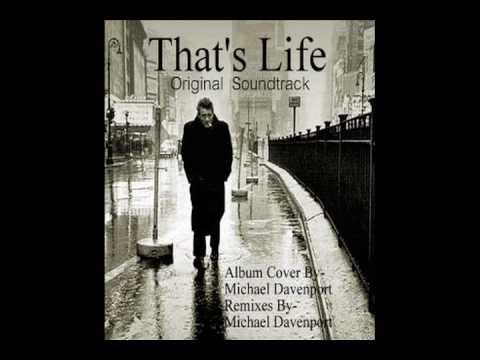 8 London Marathons 8 Sub 3's
I went down to London with my friends and team mates on Friday and really enjoyed there company.
As for my running that's a different story!
I already knew that I'd blown it weeks ago, running 22 miles at the Trimpell 20 at faster than 2.45 pace was the first straw to break the camels back, I should have stuck to the M.B. plan and ran it as a progression run.
I was shattered after it and had to take it very easy for a week, I recovered to run my fastest ever 1/2 Marathon but then put the final straw in the following weekend pushing way to fast,[basically sprinting up and down all the hills on what was meant to be a very easy long run!
Not surprisingly my following weeks training went very badly!
A easy weeks running before London sadly was not long enough to repair the damage, but to be honest I'd peaked at the Liverpool half and had no where to go but down!
The race
I got a good start from the good for age pen, after half a mile Steve from Aventures Of A Cumbrian Runner came along side me and we had a brief chat.
After a few miles the pacer for 2.45 cruised be followed by a large group, I hopped on board for a very bumpy ride as runners ran elbow to elbow.
I was not feeling very good and by 12 miles I dropped off the pace, by 14 my legs were getting rather heavy and I had to cut my stride and speed my cadence up.
The next few miles were quite unpleasant, at last I hit 20 miles and a slightly more positive outlook came over my mind as I decided to overtake as many runners as possible in the closing miles.
I was not going fast but many ahead were starting to struggle, so one by one I collected many scalps in the final miles.
I never hit the wall but never had much in my legs to give.
I guess 2.49.40 is not bad but it was still 4 mins off my target.

Thanks to Scott for his message; Scott Brown said...I saw what you did Rick and I know it wasn't what you wanted but it's not like it is a blow out. 4 minutes shy of ones goal is within the realms of normal. I was 7 minutes off my goal time the last one I ran and after the initial dissapointment realized that sometimes/most times something is going to happen to spoil the party.

Still, what winners do is regroup and hit it again until there is nothing left! I heard Nate Jenkins say the other day that "We do no good to ourselves giving up." There are so many stories of people giving up when they were within a hairs breath of success! Just keep at it and know that even if we don't reach our goals, by staying on the path what we learn about ourselves and our ability to overcome hardships and obstacles is far more valuable than any times we achieve!

Cheers Scott, yes today is indeed another day and I'll be back next year to put things right!
I've been in quite a self- destructive mode so far this year and need to pull myself around!
On a positive note, team mate Ben Johnson in only his second marathon and at the age of just 23 ran a brilliant 2.35 for 99th place!
He told me that he ran by feel and only occasional looked at his watch.
He also ran a negative split and each night before he went to sleep told himself over and over that he could run 2.35!
Wow! that's the power of positive thinking for you!
Chris Dunn also had a fantastic run knocking 14 mins off his P.B. for 2.50 and Paul Cain took a good 3 mins off his best for 3.21
I'm going to enjoy my running this summer running with the club and racing off road!
Until the next time,Rick :]
UPDATE
Amazing result at Boston

Rick, you have all the sttitude a runner needs. Scott said it all. Well done on what is still a fantastic time. Timing the peak is what it's all about and at least you put it to work and got your HM PB in Liverpool.

If I could get 1 sub 3-hour marathon i'd be delighted. And I will now that Thomas has paved the way.

"That's Life" indeed! You did the best you could and are still in the game. This is the definition of "winning"!

Did you see what just happened at Boston?!

If the above is possible on a course like Boston then anything is!

Ryan has finally lived up to his potential! We all him a hard time but all wanted him to pull out such a race. No gliding into the finish like an an airplane this year. An effort worthy of his potential!!!

Let's keep trying to live up to ours!

Grellan,
Thanks, Yep getting 1/2 P.B. was fantastic, just need to learn to stick to the plan.
I'm sure the sub 3 will come your way in time , congrats to Thomas :]
Scott yeah I was following the race on twitter, amazing and grate return of Ryan Hall.

Rich,
Great running, even though things were not right for under 3 hours, what's that............nothing. Impossible is nothing. Most of my friends did not achieve their predicted race times yesterday. One of them gave up at 19 miles. I know you will be far stronger next year. You analyse the whole package from reading your blog. I like the way you go about your running business. I will also do London next year. I am running the Baxters Lochness Marathon in October. Have you thought about puting your disapointment behind you and doing another in the Autumn? Recover, regroup, re-energise. Youll be back with a bang after your excellent half in Liverpool.
Regards,
Allan (Carnegie Harriers)

Rick, sorry it wasn't what you'd hoped for. Sounds like going off the rails with the plan did you in - the 20 miler, half etc. You're still in 2:45 shape, so use that to smash some of your other PBs over summer.

Bit of a shame there's not another chance of a marathon before next year.

Re Ryan Hall - still reckon he would have gone a minute quicker if he hadn't shaved the beard off ;) But the new coach is working out well - must be nicking some ideas from Marius.

Thanks Alan,
the last couple of years I have done a Autumn marathon, but at the moment I'm looking forward to building speed and power and enjoying some shorter races.
Ewen,cheers.
Maybe if you shave the beard off your be more aero dynamic and blast your age group 5K times :]

"That's life", indeed. As long as you know what you did wrong, you can avoid making the same mistake again.

I'd still kill for a time like that, you know.

Your on the way Thomas

A cracking time regardless! Considering how hard and frequently you raced in the lead up a good result. That sub 02:45 is still there for the taking! Enjoy the rest.

Great race Rick the 1/2 PB along the way means your getting faster something to build on for the new marathon PB next time Good Stuff.

You continue to impress. :)

Hey, really great blog post… I've enjoyed reading through your blog because of the great style and energy you put into each post. I actually run AceHealth.org, a blog of my personal research and experiences. If you're interested, I would love to have you on as a guest blogger. Please send me an e-mail: bob.mauer65(at)gmail(dot)com, and I can give you more information. Looking forward to hearing from you.

Way later than fashionable, still gotta say it anyway: great race! On to the next!