http://www.reverserunning.com/
Post By Dave Marsh
The UK Backward Running Championships take place in Heaton Park, Manchester on Sunday, 11th August.
Entries are £13.50 and close on Monday, 5th August.
Garret is the overall UK & World Champion. His time for the mile is 6:58.
Groups of 4 to 8 can also enter at £12 each.....last person over the finish line counts as the team time.
RicksRunning comments:
I run into things running forward, so God knows what would happen if I took up this challenge!
Having said that it does sound tempting :0]
any takers ?
Posted by RICK'S RUNNING at 01:24 2 comments: Links to this post

Posted by RICK'S RUNNING at 18:02 No comments: Links to this post


Check video at 8.15 good stunt going over a stile :0]
Back in 2003 I ran 34.22 that would have given me 5th place in Wed's race!
Only managed 17th place this time despite feeling fairly strong so felt slightly disappointed!
RESULTS http://www.ukresults.net/2013/harrock3.html
Not quite hitting the form I was hoping for!
Maybe not enough miles in the winter might be to blame.
Still one race in the series to go, so maybe can redeem myself with a good final run!
Had another good 14 mile run with Stevie yesterday around the hills of Parbold and Harrock .
Posted by RICK'S RUNNING at 17:26 2 comments: Links to this post

Running On The Sun-Badwater 135 Miles Through Death Valley!!

Posted by RICK'S RUNNING at 17:13 2 comments: Links to this post 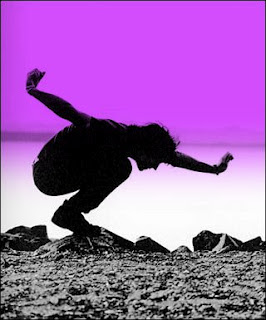 After my legs hurting on Sunday-Monday-Tuesday And Wednesday's 5K I decided to stop running for two days!
What a good choice it proved to be :0]
Due to the HEAT WAVE me and Stevie decided to run late afternoon!
My Garmin read out gave 77 in the shade, but it felt OK to me.
after my 2 days off my legs felt really fresh :0]
And it was a good thing as Stevie is hitting form.
Up the first climb of stony lane and we were flying!
On the second climb up the infamous Hunters hill Stevie hit the front from the start!
Jeez i was hanging on for grime F**king  death!
The speed was ridicules!
3/4 of the way up i was thinking shit i can't hang on any more!
But I decided to pull level him him { later he said that made him crack]!
And all of a sudden  I was in the lead and pushing forward.
I think a lot of this was down to mental strength because I'm sure Stevie was stronger on the day, cause I've never suffered so much up that F**cking hill before!
We kind of drew a truce after that and climbed the 2 miles up Ashurst Beacon side be side!
Just one final climb up Fairy Glen and it was downhill all the way to finish!
This was our very own private Tour De France !
My hardest ever training hill run for sure!

Thanks Brian O'Reilly and Stevie Lewis for photo's!
Plus Brian Grice and Eddie for Results on the night!
OK here is me leading the race after one mile {well it is my blog and the truth be told  I quickly faded to 6th} Posted by RICK'S RUNNING at 17:11 4 comments: Links to this post

Southport's One And Only Fantastic Trail 5K
Completely FREE To Enter :0]
DETAILS
Posted by RICK'S RUNNING at 16:37 No comments: Links to this post

Posted by RICK'S RUNNING at 16:32 No comments: Links to this post

Tour de France 2013: Chris Froome on Doping and winning!
Posted by RICK'S RUNNING at 20:51 No comments: Links to this post

Mad Dogs And English Men Go Out In The Mid Day Sun!

As Tess has retired from running [she is now 11.5 human years old [87 dog years!] it was left to me and Stevie Lewis to hit the Parbold-Ashurst Beacon trail! This was our 3rd run here, last week we smashed the course record but now as the full summer heat radiated upon us it was a matter of survival! On the first climb of stoney Lane we stayed together but the real action started on the climb of Hunters Hill! This is a brutal climb for sure! As we hit the super steep section 3/4 of the way up Stevie pulled past me and it took all my efforts to hang on then sprint ahead before the top! This is amazing improvement from Stevie after long term injury ;0] Onto the 3rd 2 mile climb up Ashurst Beacon and I half expected Stevie to to leave me behind! But maybe the heat and his lack of of endurance training was starting to show. I got into a pace that felt hard but sustainable and was slightly surprised that I pulled away from Stevie! I pushed on up the 4th climb of fairy Glen and finished with a fast descent down Parbold hill for a very HOT 14 Miler! I did read that running in the HEAT made you stronger1
Posted by RICK'S RUNNING at 17:27 3 comments: Links to this post