Cassette Boy At The Olympics :0]

This song came into my mind this morning and kept repeating and repeating!
So I thought I'd get it out here,
I'm sure there is a reason:?

Labels: Because I love you 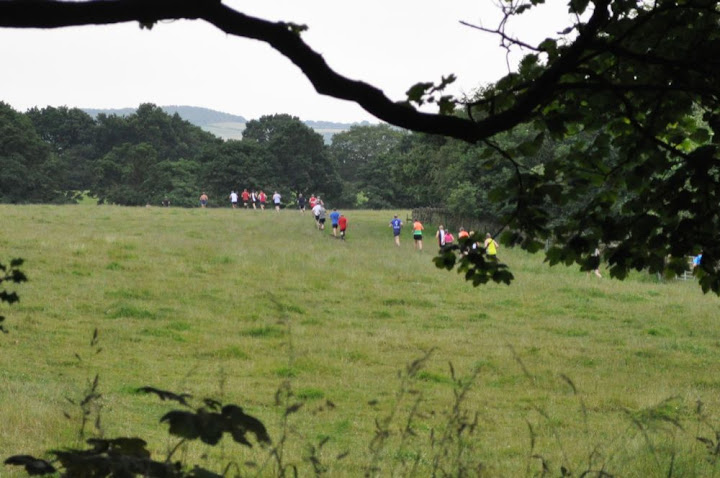 PHOTOS CLICK HERE
Great photos of the July race by Stevie Lewis
Posted by RICK'S RUNNING at 12:33 No comments: Links to this post

REACH FOR THE MOON!
My whole Dream-Desire this summer was to finish in the top ten in the Harrock Hill race!
YES 9th place!!!
Man I 'm so happy!
Yes!!!
I will savor this moment for a long time:}}}}}
MIND OVER MATTER!
Race photos available  Here Soon1
Posted by RICK'S RUNNING at 19:58 5 comments: Links to this post

Posted by RICK'S RUNNING at 12:25 No comments: Links to this post

This is as Weird as it Gets! illuminati 'My Homies Still' & The Dark Knight Rises Shootings Connected?


Parbold And Ashurst Beacon
I headed for the hills again this Saturday and had a really strong run.
This week 7.16 Av pace, last week 7.36 pace over the same hills!
Yeah, I'm rail roading it right now :0]
All Good!
Feeling strong on the run is an amazing feeling!
It has been so long I thought I'd lost it!

Posted by RICK'S RUNNING at 16:05 3 comments: Links to this post

Posted by RICK'S RUNNING at 19:18 2 comments: Links to this post

Stories Of The 1500M - Faster-Higher-Stronger! 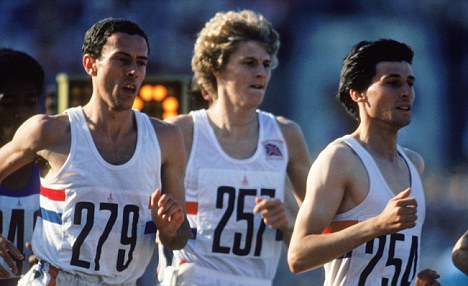 BBC2's history of the Olympics now tells the story of the blue riband event of any Games - the 1500 metres, or metric mile. This was the race that gave Britain its finest Olympic hour in Los Angeles in 1984 when three British world champions competed for gold - Sebastian Coe, Steve Ovett and Steve Cram.

Traveling to the many and varied environments that have helped shape the greatest 1500m runners - from the forests of Finland to the beaches of Australia, from the city streets and country lanes of Britain to the high altitude terrains of Kenya and Morocco - it reveals that although the race is run on a track, it is ultimately won on punishing training runs in natural landscapes.
With contributions from some of the greatest Olympians ever to run the 1500m - Kip Keino, Herb Elliot, Peter Snell, Sebastian Coe and the current world record holder Hicham El Guerrouj - the programme shows that to win 1500m gold, athletes need the stamina of marathon runners, the explosive speed of the best sprinters and the tactical brains of chess masters.
Posted by RICK'S RUNNING at 12:13 5 comments: Links to this post

Born To Run And Long Run In The Hills!

I LOVE running in the hills, It is what my soul desires!
This was only my second long run in the big hills this year, heavy rain most weekends has kept my in the sandhills.
And even today I stayed on the road to avoid the dreaded mud which has turned the dirt paths into a quagmire!
WHAT A SUMMER!
Setting off from Parbold village I headed straight uphill and for the climb of stony Lane.
With the wind on my back I felt pretty powerful, once I reached the steepest section I used a special running technique which allows me to climb very steep hills faster, It Works! but I can't divulge how to do it here as one of my rivals might get to here about it!
And I need every advantage going at the next Harrock Hill Race.
The second climb was the fearsome Hunters Hill which I blasted up pretty well, sprinting over the top at almost 11 MPH !
I then returned back down Stony Lane and headed over to Ashurst Beacon's  2 mile climb.
Then followed a hairpin descent to Appley Village and the final climb of the day.
The downhills seemed the hardest part of the run, as my legs are not used to the downhill hammering.
Anyway pretty pleased with my climbing form, just hope my legs recover in time for next weeks Rubbish 5 K. Born to Run: The Secrets of Kenyan Athletics

Thanks to Mandy for sending link

Posted by RICK'S RUNNING at 12:33 2 comments: Links to this post

End of The Marathon Dream!


I'm kind of thinking of retiring from the Marathon, long term sciatic problems that show up on long runs over 2 hours make me think its time to stick to shorter distances!
The marathon was never my greatest love!
So I'm not all that sad about my decision, 5 miles-10 miles has always been closer to my heart!
And at the end of the day I think I achieved my best over the marathon that was possible.
Yes I wanted a 2.45 but 2010 was my best possible build up and 2.47 was the result.
2  mins faster at 49 years old compared to 2.49 at 38 years is not bad!
BUT:
Its time to move on and do what I love!
ADIOS  THE MARATHON!
Posted by RICK'S RUNNING at 16:54 3 comments: Links to this post

The Doors; Riders On The Storm!

The Best F@@cking Song I Ever Heard!

Posted by RICK'S RUNNING at 17:14 No comments: Links to this post

The Shocking Truth As To Where Our World Is Heading!

Posted by RICK'S RUNNING at 15:32 No comments: Links to this post

In hindsight I should have posted my facebook status as;
"I've blown the head gasket on my 1997 XRF "
rather than than;
" I've just fucked a 15 year old Escort"!
The Police still haven't seen the funny side, my lap top has been confiscated and the wife has gone to her mums... :0{
Posted by RICK'S RUNNING at 17:43 1 comment: Links to this post

Reflections on my cycle racing days! 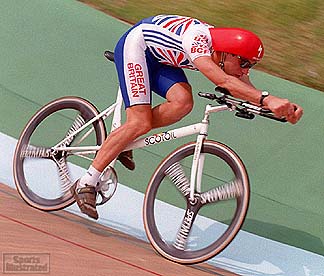 Watching the Tour De France had me thinking of my modest cycle racing career back in the mid 80's-early 90's.
I guess my best year was 91 where I won the club 10 mile TT with a personnel best of 22.18
That year I designed my own time trail bike and had it built to my own specifications.
I was inspired by a combination of the latest Triathlon bikes and Graeme Obree's time trail machines!
I had a very upright seat tube which allowed the rider to get more force into each pedal thrust and used one piece Tri bars which gave me the Obree Superman position!
I turned up on my bike at the clubs 24 mile Hilly TT in March to much laughter from the local club riders, but after finishing 3rd they looked a bit subdued!!!
I spent the summer doing a combination of road racing and time trials, I remember once riding 22 miles to a 55 mile road race then riding home to give me a total of 99.5 miles, it was too tempting not to ride round the block to get a solid 100 miles in for the morning!
This sort of training paid off and in July I won the local 10 mile TT with 22.18
I remember Chris Boardman once turning up at one of our 10 mile races and beating me by 5 mins!
I got my own back on him at the 2009 London Marathon where I gave him a beating of over 17 mins :0]
Gethin Butler [ Cycling records - Wikipedia, the free encyclopedia ] was another class rider who occasionally turned up, he could do 17 mins for 10 miles and gave me a good thrashing!
But yet again I got my own back by beating him by 1 sec at the 2010 London Marathon after he blew up!
The 10 mile TT's were bloody painful and by the end of the summer of 92 I'd pretty much had enough, that and a knee injury led me into running in 93 and a new beginning!
Looking at the dreadful weather we get nowadays I'm pretty glad I don't have to train on the bike anymore.
Wow but is it really 20 years since I last raced on the bike, I guess so!!!

A young Graeme Obree pictured with a young Chris Boardman

Sports Science Update: Running In The Matrix READ HERE
A new study by Samuele Marcora suggests perception of exercise effort is all in the brain.


Location; Greenbank school Hillside, 6.30 pm every Monday.
Good grass track session tonight;
5 x 300m-300m - 400m  with 1 min rec between.
total 5K of fast running.
I remember what Marius Bakken told me-build your speed through the session, starting slower and getting faster with each effort.
This is the way the Kenyans train!
And man it works!!!

Posted by RICK'S RUNNING at 17:31 4 comments: Links to this post

Posted by RICK'S RUNNING at 17:11 No comments: Links to this post


Yeah, had an awesome run over the big sand dunes today averaging my highest average speed of the year!
After a bad start to the week-I had to bail out of the Mondays track session after only 3 efforts as I ran out of energy!
I blame not getting enough carbs into my system as the problem!
Working overnight Sunday I found the shop closed due to re-fitting and missed out on some food and energy drinks I normally consume.
I increased my carb intake on Tuesday and Wednesday and came fighting back for Rob's session down at Dunes leisure Centre.
We did 6 x 1 K in Vic park.
Some of the really fast guys were running.
Harry a 47 sec 400M runner, Matt a very good X/C runner and Dave a 34 Min 10K guy!
I Stayed with them for about 100M before they shot off , but focused on trying not to let the gap get too big!
Rob came up to me and pushed me hard for the first 3 efforts until his niggling calf muscle gave way 'PING'!
Hope you recover soon mate!
Well my best K was at 5.11 pace but I guess the average was around 5.30!
I guess that will do for now, but I know I can do so much better!
Working hard to get back into top gear!!!
Progress-onwards and upwards :0]
P.S.
MAXIMUM RESPECT To BRADLEY WIGGINS

Things To watch on TV This Week

Posted by RICK'S RUNNING at 14:24 5 comments: Links to this post