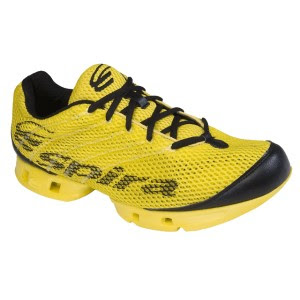 Thomas left me this comment; Thomas said..".An interesting piece of news I came across yesterday; the spira shoes are specifically mentioned in the Boston marathon race rules. Anyone running in them, will be disqualified". I checked it out and it seems SPIRA shoes were first banned at Boston in 2006, the designer of the Spira shoe said the following; Dan Norton, Spira's VP of footwear development. Norton was formerly the head of the advanced concepts department at Adidas, and made custom shoes for 45 Olympic and world champions including Sebastian Coe and Carl Lewis when he worked at Nike. "I have worked in the footwear industry for over 30 years and Spira's WaveSpring technology is the first true innovation that I have seen since basically the Nike air," Norton said. "The WaveSpring patent is the reason why I proactively joined the company." Since debuting on the market four years ago, Spira Footwear has been providing runners with comfort and protection from injury. Spira shoes have a patented spring technology that reduces the impact on a runner's feet, which leads to easier recovery and less overall exertion. Spira's patented WaveSpring technology may be the most significant advancement ever achieved in the footwear industry. "If we apply the same logic that underlines this rule, all track events should be run as they were in the movie 'Chariots of Fire.'" Races should be held on cinder as opposed to tartan tracks and racing shoes should be comprised on leather straps with heavy spikes embedded therein. Pole vaulters should be using bamboo, not high tech carbon fiber poles," Krafsur said. "When you think about it, the ban of the WaveSpring technology by the USATF is consistent with history. The metal composite ski in 1952, the oversized metal tennis racquet in 1976, and the oversized metal driver in 1979 were all banned when they were first introduced."
RICK says; I think it is a backward step for the sport to ban SPIRA, the shoes allow more people to enjoy the sport of running and its health benefits while reducing the risk of injury!
Posted by RICK'S RUNNING at 00:38

Well, they're only banned at Boston, so keep running in them! No ban from the IAAF as yet.

Didn't one of the Masters age-group winners in one of the US marathons wear them?

I think your right Ewen!
It will be very interesting if someone wins the race wearing Spira!
Also unless THE BOSTON officials take to bits every competitors shoes how do they know whats inside them,
Most elite runners have custom made shoes from the big running shoe manufactures, who knows whats inside these shoes without ripping them to pieces to see whats inside!

Yes. What's to stop runners (or other shoe companies) from disguising the Spiras by sewing 3 stripes on them for instance?

Well Ewen I think it could get like formula one car racing, as in the officials striping down the winning cars engine to check engine capacity and that specification conforms to the rules , in the case of Boston the officials will have to confiscate the winners shoes and take them to pieces bit by bit checking for anything in the shoes that do not conform to whatever rule book they are using!

shoes are very important for running
shoe,Trainers shoes are the most important part of any runner’s gear

Upon returning to the starting line, the first player must pass the
sugar cube to the next teammate in line and so on. The game was
released on August 3, and is in stores now, but probably is where it will
remain, sad to say. Play games all night long in keeping with the twenties theme such as various card games and crossword puzzles.

The decor on the inside of the restaurant is absolutely beautiful.
Brazenhead is a great place to go with your family or for a
business lunch or dinner, but if you are looking for a party atmosphere, this isn't it. Ask your local club to run this for you.

Feel free to surf to my webpage :: pub quiz area

squares with various tea leaves and tea flavors inside each
square. The game was released on August 3, and is in stores now, but probably is where it will remain, sad to say.

The only hurdle to accessing this is of course human
limitations and the fact that the brain does not function solely as a learning tool for the human being.
Local country clubs are offering trivia fun
for as little as forty dollars per couple. The food is decent
and the drink specials on Tuesdays include
$2.

By dividing up the party at several peoples
houses you make it easy on yourself. The game was released
on August 3, and is in stores now, but probably is where it will remain, sad to say.
Every Halloween party that people remember later in the year by saying things like "Do you remember so-and-so's Halloween party last year.

DJ spins out on Saturday nights. I believe my exact words were
"I don't want to be your dirty little secret. The Bull's Head Pub, Bangkok.

On Sunday nights Erin Jaimes hosts a blues jam where anyone from Alan Haynes
to Gary Clark, Jr. I believe my exact words were "I don't want to be your dirty little secret. The Bull's Head Pub, Bangkok.